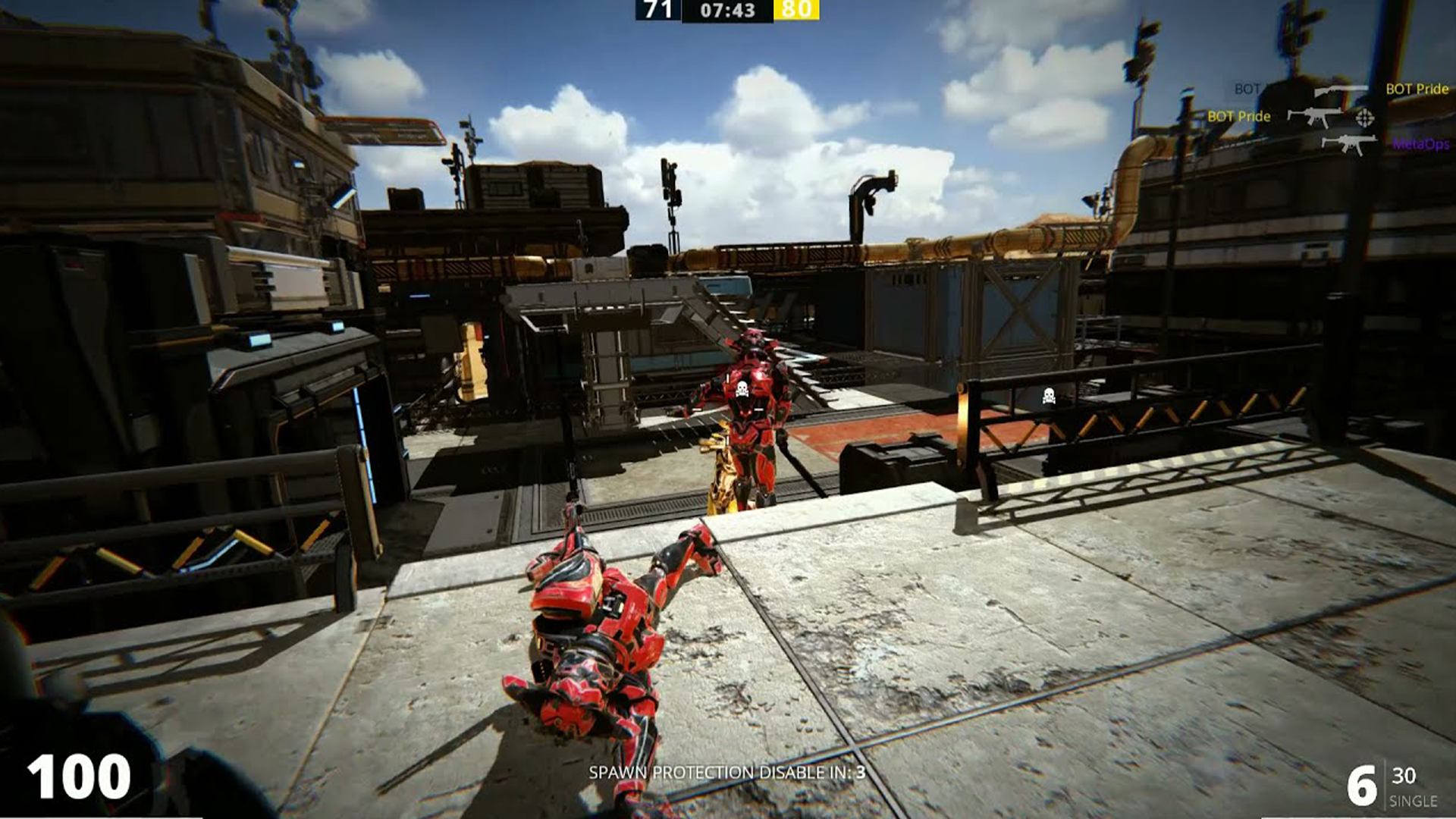 Join the Battlefield and Play&Earn

MetaOps is an NFT-based FPS game built on Unity and integrated with the Solana blockchain that includes play-and-earn mechanics, rewarding players for their in-game progress.

The game is being developed by a new development house called Open Portal Studios, which describes itself as a “technology studio focusing on developing blockchain games and proprietary blockchain applications."

MetaOps will implement a “bunker system” where players will be able to connect with each other, access the marketplace, and show off their digital assets, creating a unique immersive metaverse experience.

The rewards players get are purely aesthetic and do not affect gameplay, and they can be weapon charms, weapon skins, and player skins.

MetaOps feels quite impressive from the start. Gameplay is actually solid, albeit not as sharp or polished as Call of Duty, as few other games are, but it is definitely promising even in this early alpha development stage.

Gunplay feels good, and movement is fluid. There’s not really much else you could ask for in terms of an FPS, but MetaOps nails it. There is room for improvement when it comes to firing the pistol quickly; it doesn’t have the fire rate of something like Halo’s legendary pistol, but that’s something that can be fixed easily enough. This is a minor nitpick, as it’s a ton of fun taking out opponents with grenades and assault rifles.

It’s worth noting that the game is still in active development, and fixes are being added as well as new content, including a single-player campaign that is being worked on.

The game definitely needs more content because the two maps that are available at the moment won’t cut it long-term. The two maps in question, Reactor and Club Horizon, are both well-designed and complex enough to allow for some intense shootouts.

Each map features a mix of enclosed corridors and wider open spaces for variety, and many cleverly placed jump pads even give the maps some verticality. Hopping onto a high ledge and posting up with a sniper rifle was particularly fun.

At the current stage, you’re able to play 6v6 Team Deathmatch or Capture the Flag, but other game modes are planned as shown in their roadmap. These include SearchandDestroy, Free For All, Throwing Knife Dodgeball, and a few others. A Campaign mode and a Battle Royale are also in the works.

When it is released, it will also include new maps, 32+ primary and secondary weapons, tactical equipment, and more.

At the start of each match, players can select from different loadouts: Assault, Recon, Support and Engineer, each with different weapons assigned.

At first glance, it would appear that everything with MetaOps is running smoothly. It's a game that's fun to play; the graphics can be improved, but it does look good enough, and it's being marketed as a play-and-earn game that's in high demand. It should go off without a hitch; nevertheless, at this point, it is difficult to find players on any server around the world, which is not a particularly encouraging indicator. A portion of it may be explained by the ongoing bear market, while the other portion could be explained by the requirement of an NFT in order to participate.

Because MetaOps is still unfinished, it’s not possible to get a feel for its many systems. However, it’s fair to say that the game appears to be coming together quite nicely at this stage. The gameplay is there, the controls feel solid, and it’s being designed to support competitive gaming.

Alas, because the game is positioned to rely so heavily on its blockchain features and cryptocurrency integration, how these things are woven into the game will either make it or break it. It’s built on Solana, so the foundations are definitely solid and the infrastructure is there; it’s just up to the MetaOps development team to follow through on what’s been promised in terms of gameplay and the game economy.

Having said that, it is reasonable to expect MetaOps to have some staying power and possibly even some Esports potential. This is the case if everything comes together as it is expected to.

If you’re just stumbling onto MetaOps and are wanting to give it a try, it’s hard to justify the upfront cost in this day and age, even more so when the game is lacking features and players in its current stage.

Once it’s installed, it will download the latest updates.

Note that currently, you need an NFT to access the closed alpha. This can be a PFP or a Melee Weapon, all of which are available through the Fractal marketplace.

Eventually, the game will be free-to-play, and a default character will be assigned if you don’t own an NFT.

After you run the launcher, you can connect your Phantom wallet to verify the NFT.

XPAD is an all-in-one, new-gen, gaming launchpad. Discover, invest and help shape the next wave of Web3 gaming guilds, and metaverses.