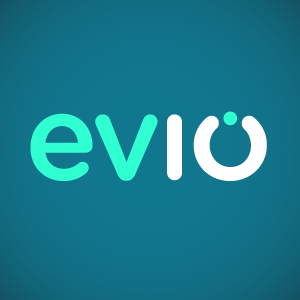 Upgrade your abilitie & Destroy the Competition

EV.IO is a multiplayer first-person shooter running on the Solana blockchain, inspired by the classics like Halo and Destiny. The game is free-to-play with the option to engage in play-to-earn, for which a NFT is required.

EV.IO is a browser game that does not require any downloads and is meant to be highly accessible on any computer.

Ev.io's focus on fast-paced gameplay and low entry barrier is one of its selling points. The game makes use of automatic graphic scaling technologies that allow it to run smoothly on the most basic hardware. That being said, the graphics can feel very simplistic, especially when compared to a modern shooter game.

In Ev.io, players can go solo or play with teammates and friends. The primary game mode is Team Deathmatch, where players are separated into groups of 4 and spawn on the map at random. The goal is to eliminate as many players as possible within the time limit to win the match. Maps are chosen at random, and after each game, players can quickly join another one. Besides Team Deathmatch, there’s also Survival, Battle Royale, Capture the Flag and Last Team Standing. The latter is the most recent game mode and sees two teams of four players compete in a best-of-five match, with each round lasting one minute. During a round, players cannot respawn but can be revived by others.

Players can choose their primary weapon from a hand cannon, an auto rifle, or a laser rifle. Each of the primary weapons belongs to a particular archetype. For example, the auto rifle deals little damage but fires quickly, while the laser gun deals a lot of damage but fires at a slower rate. During the game players may pick up weapons on the map. There are 3 options: shotgun, sniper, and rocket launcher. These weapons are far more powerful than your primary weapon, but they have limited ammunition. The game also includes a fairly complex ability system that is mostly focused on movement and grenades. Abilities are presented in the form of a skill tree that can be leveled up to provide players with better movement options, reduced gun downtime, and ammunition. The majority of skills are passive, but for each character only two abilities can be active at once.

There is a Clan system within the game as well, intended to allow users to collaborate on common interests and goals. Clans compete for points, which determine where they stand on the clan leaderboard and whether they can get rewards. Not every clan must be competitive. Players can form clans with people who only play for fun. In any event, being a member of a clan allows players to display their custom clan insignia above their heads and on the leaderboard. To create a clan, players must submit a form through this link. An admin will then review the application. There are 3 roles in the clan: Commander, Lieutenant, and Recruit.

The Commander can do everything with regards to the clan management, such as invite and remove players, assign roles, deploy members, etc.

The Lieutenant can edit the clan info and deploy members.

The Recruit is the default role when joining a clan and has no special privileges.

Each clan can have a maximum of 20 deployed members (members that can earn points). This mechanic is there to force players to switch between being deployed and not being deployed. This helps the clan and makes the game more competitive.

Ev.io is a fast-paced, frictionless shooter that’s also fun to play. The team has been making consistent progress through their roadmap, introducing new features and onboarding new partners.

There is a great variety of maps and very little downtime in between sessions. The game provides many options for adjusting the controls to your liking.

Making the game accessible and able to run on any hardware is a good way to easily attract new players, but that means that the visuals look outdated.

Also, at times, it is hard to tell if you’re playing against a human opponent or an AI.

It’s hard to know if the model will be sustainable in the long run as it's dependent on sponsorships. The P2E loop could easily break if the sponsors are not continuously engaged, which in turn will decrease the reward pool and give fewer incentives to players.

Having enjoyable gameplay does counterbalance that, and so we can agree that the team has been successful on both fronts so far.

The game will automatically load when you visit the main website. You'll first see a loading screen, and after a while, you'll just “Click to Play” to start a match. This is to maintain the project's "gameplay first" strategy. However, to engage in play-to-earn, you need an account, a wallet, and a NFT.

XPAD is an all-in-one, new-gen, gaming launchpad. Discover, invest and help shape the next wave of Web3 gaming guilds, and metaverses.